Behind the code - HackerEarth Developer Survey

HackerEarth, as every year, conducted an inquiry about developers, where highlights the priorities and concerns of working professionals as well as students around the world. The survey has answered by more than 16,000 developers from across 76 countries (women were more than 20%).

This report is really useful as it shows actionable insights that pave the way for skill-based hiring and give to the developers an understanding of how markest looks like today, learning what’s trending, and how to upskill themselves. 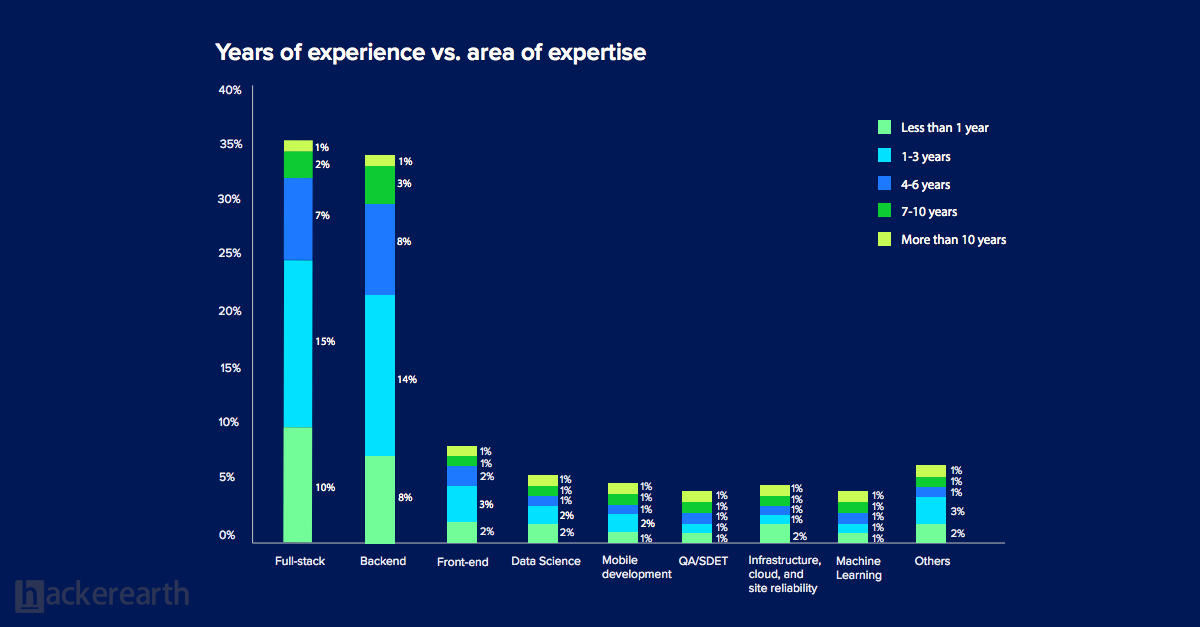 From the beginners to the experienced, they have expertise in full-stack development, front-end, and back-end development. 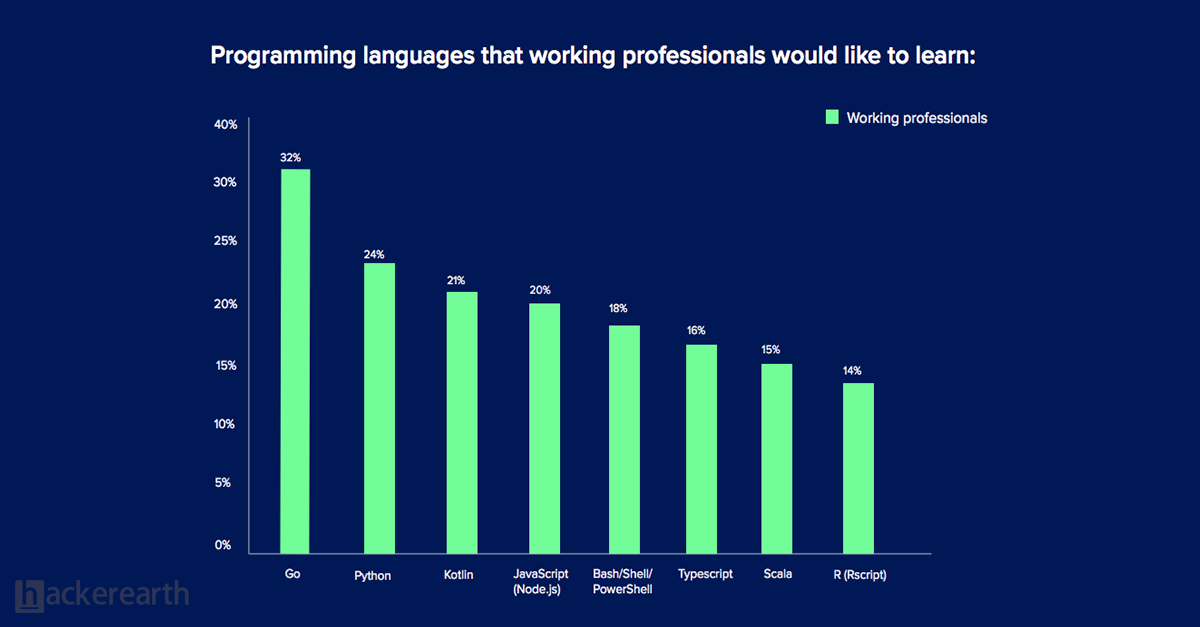 Senior developers frequently code in SQL, Java, and HTML/ CSS but everyone agrees that Go is the most wanted programming language.

And, if you are looking for something new to learn, the working professionals suggest Python and Kotlin. 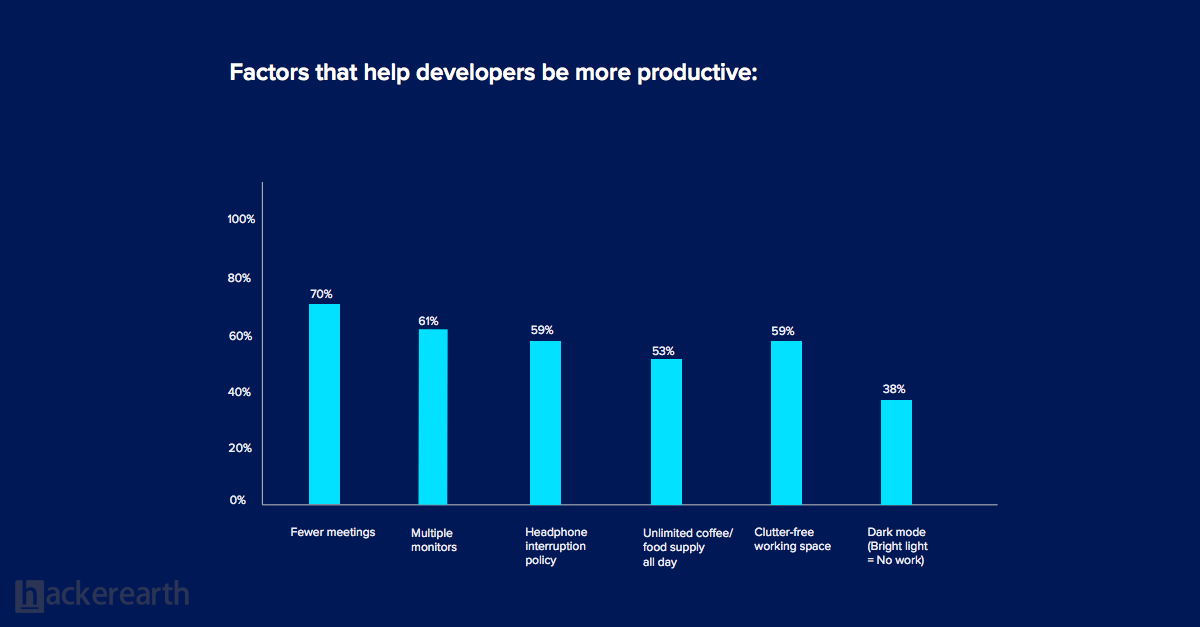 Have you ever thought about how to improve the productivity of your team? Well, when they asked what the developers would need to increase the productivity of the work, 70% said fewer meetings. Other replies were: multiple monitors, clutter-free working spaces, no interruptions while they are using headphones.

Also, 70% of developers underlines that they weren’t happy working 40 to 50 hours a week. Just sitting at the desks is unuseful, they think that the best scenario should be working on goals-based.

70% of developers said that they weren’t happy working in enterprise companies, as well as the 14% of startups workers.

Regardless, most developers would still like to move from enterprise to enterprise - probably to reach better compensation and job stability.

If you want to read the entire article, click here.